Green Empowerment depends on strong partnerships with supporters like you and organizations around the world to strengthen communities through access to renewable energy and safe water. Your donation will support the implementations of projects, the training of local leaders and the development of international networks to guarantee comprehensive access to resources.

Contribute to a specific fund. 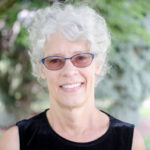 Linda Boise, former Board Chair and forever friend, passed away unexpectedly in July of 2018. Linda was a health planner, educator, researcher and advocate who used her knowledge to better the lives of others for more than 35 years. Before ascending to the role of Board Chair, Linda supported Green Empowerment as a volunteer, raising funds to build a solar-powered water system in El Jocote, Nicaragua and visiting the project soon after. From that moment on, Linda was committed to advancing Green Empowerment’s mission and unique approach.

Linda was especially passionate about making Green Empowerment projects better. During her many years of service, she helped our organization better assess the impact of our projects, with special attention given to health. For example, in 2013 she formed a Health Task Force, inviting experts to the field to improve how we measure the effects of clean water has on family health. In addition to Nicaragua, Linda traveled to the Philippines, Malaysian Borneo and Ecuador to connect with the people we support and hear their stories. 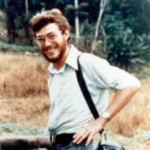 Ben Linder was a young engineer raised in Portland, Oregon who later attended the University of Washington to study mechanical engineering. After graduating from college, he traveled to Managua, Nicaragua, inspired by the Sandinista Revolution and the opportunity to do something meaningful with his skills. He worked in the remote villages of El Cuá and San José de Bocay, advancing small hydroelectric projects that brought life-changing electricity to the communities there. Beyond engineering, he won the hearts and minds of the people he supported through his talents as a clown, juggler and unicyclist.

On April 28, 1987 Ben was murdered by Nicaraguan Contras. His death inspired hundreds to protest in Portland and across the country. Green Empowerment founder, Michael Royce and his wife Francie, activists and neighbors and friends of the Linders, were among those who took to the streets. Funds collected during a gathering they attended in downtown Portland became the basis of the Ben Linder Memorial Fund. Ben’s parents David and Elisabeth Linder grew and managed this fund to complete the projects that Ben had started in Nicaragua. A decade later, this fund helped start Green Empowerment to continue Ben’s work abroad and David Linder was one of our first board members. Green Empowerment continues to manage the Ben Linder Memorial Fund to support programmatic work in Nicaragua.

Green Empowerment is a registered non-profit, 501(c)(3) public charity with tax identification number 93-1230409. Contributions to Green Empowerment are tax deductible to the full extent permitted by law. Charitable gifts are used responsibly where needed most. Audited financial statements are available here. We will not sell or share your contact information with outside parties, as noted in our privacy policy available here.