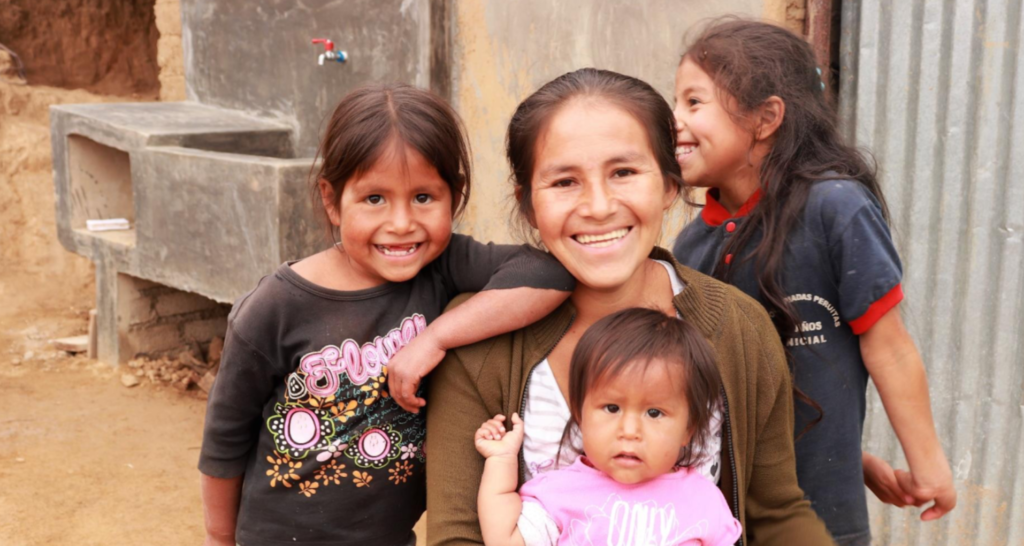 For many years, Doña Noa and fellow residents of Las Tunas, Peru endeavored to persuade their local government to invest in a potable water system and related training for their community. As a last mile community, far from major cities, it’s extremely difficult to find funding for these types of systems. Las Tunas residents decided to take control of their health and quality of life and installed a cleaner and closer water system with the support of Water For People Peru (WFPP), Green Empowerment, Christadelphian Meal-a-Day Fund (CMDF) and the municipal government.

While progress has been made globally on U.N. Sustainable Development Goal Number Six to ensure availability and sustainable management of water and sanitation for all, only half of Peruvians currently use a safely managed drinking water service. Lack of access to potable water poses a number of critical health issues, such as bacterial infections, parasites and skin allergies for residents like Doña Noa and her family who live in the rural town of Las Tunas, Peru.

Until recently, Doña Noa, a mother of six children ranging in age from 1 to 12 years old, and her community of 28 families lived without potable water. For most of their lives, the villagers of Las Tunas used dangerous, untreated water from an irrigation canal that ran through the village. This water is especially dangerous to the most vulnerable population – children and the elderly.

“The water in the streams was not clean, it ran through the pastures where there are animals grazing. But what could we do if it was the only option we had?,” Doña Noa explained. “We had to prioritize being able to have water for cooking and drinking.” It was also customary for Las Tunas residents, who had not been trained on water-related health and safety issues, to throw their garbage into the river, a practice that contaminated water that was used by many families in the village.

The nearest health facility, which is a two hour walk and an hour drive from Las Tunas in the city of Cascas, reported that people from the community of Las Tunas were increasingly developing waterborne diseases. The preventive campaigns and trainings of the Ministry of Health were sporadic due to the difficulty of accessing Las Tunas. Additionally, the municipal government didn’t have sufficient funds to invest in potable water systems for the many rural communities in the entire District. 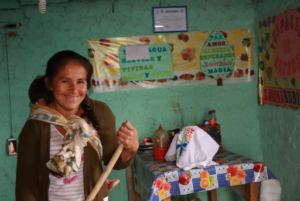 Beyond detrimental health implications, Doña Noa and other community members had to spend precious hours to collect the water from the irrigation canal for the primary school as well as their individual households due to not having a reliable source of clean water nearby. To provide water for the primary school, Doña Noa and the other mothers hauled water in 20-liter tanks from the irrigation canal to the school, an average distance of 200 meters. On many occasions, children in the higher grades missed classes to support with this task.

“We have lived a very hard life. Going to the streams and bringing the water back is not easy, as the road is on a slope and the weight of the buckets is difficult to manage,” Doña Noa explained. The worst season was winter because the rains often damaged the canal, causing them to run out of water, or else the water became muddied. Doña Noa recalls that “one year, we had to walk very far to bring water from distant ravines and some families even had to go to Pampas de Chepate to obtain water for cooking.” The walking distance between Pampas de Chepate and Las Tunas is 3 hours, which significantly reduced time for business operations, household duties and education.

Families like Doña Noa’s grew frustrated that they were not receiving training on issues such as water safety and sanitation and that the government hadn’t yet invested in a potable water system for Las Tunas. For many years, the community of Las Tunas had been working to convince the local government to finance and install a potable water system through a committee they had formed.

After much hard work and dedication, Las Tunas community leaders were able to implement widespread trainings and install a nearby potable water system with support from WFPP, Green Empowerment, CMDF and the municipal government. With the additional funding from project partners, the municipal government was able to contribute materials, transportation and labor, such as for surveys and trainings. Las Tunas residents specifically requested and received training on water system management, administration, operation and maintenance to ensure they would be equipped to manage the new water system for the long-term sustainability of this project. 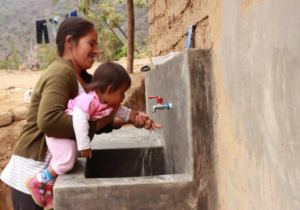 Las Tunas residents worked tirelessly to construct the reliable clean water system with technical guidance and support from WFPP staff. Specifically, the residents constructed a robust water catchment and a storage reservoir and then connected all households in the village to this system. They then installed a drip chlorination system to provide treated, potable water. Significantly, and unlike many other clean water systems, these installations resulted in water taps directly in residents’ homes, as opposed to requiring residents to travel far distances, which often results in residents foregoing clean water altogether in order to save time.

“The most beautiful thing about all this work is that families can now drink clean water and we have it within reach of our homes,” said Doña Noa. “Now we are not going to be suffering, especially the children, as well as those of us who had to get water from very far away.” Doña Noa continued, “I personally thank God and the people who helped make our clean water possible, because after 15 years of suffering we can live better lives, as it is a blessing to open the tap and have the water.”

Thanks to the hardworking community of Las Tunas, the expertise of WFPP and support from Green Empowerment, CMDF and the municipal government, Las Tunas residents no longer have to worry about waterborne diseases. They can also now reallocate precious hours previously spent obtaining water from distant locations on education and new business opportunities.

Due to the success of this pilot project, a standard part of Green Empowerment’s process with new partners, Green Empowerment and Water For People Peru are now in the process of solidifying their partnership and building further clean water systems in surrounding areas in northern Peru. “We’re very excited about working further with WFPP to increase clean water access, particularly in last mile communities,” explains Caitlyn Peake, Green Empowerment Program Director. “WFPP is focused on high quality potable water systems as well as long-term relationships with local communities to ensure their engagement at every step, which directly aligns with our mission and work,” Caitlyn states. Green Empowerment and WFPP look forward to working in tandem to install further potable water systems in more homes as well as health clinics and schools in neighboring regions.

Posted in News From The Field, Peru, Water