Celebrating Earth Day by Looking Back 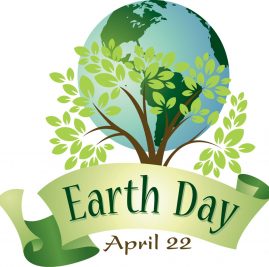 Each year, we celebrate Earth Day—April 22— to mark the anniversary of the birth of the modern environmental movement in the United States. This year, as we look to the future, we also want to take a moment to look back and appreciate a few of the major milestones in the history of environmental movement—and GE—that have allowed us to come this far.First Earth Day is celebrated (April 22, 1970)The idea for a national day to focus on the environment came to Earth Day founder Gaylord Nelson, then a U.S. Senator from Wisconsin, after witnessing the ravages of the 1969 massive oil spill in Santa Barbara, California. Inspired by the student anti-war movement, he realized that if he could infuse that energy with an emerging public consciousness about air and water pollution, it would force environmental protection onto the national political agenda. On April 22, 1970, 20 million Americans took to the streets in massive coast-to-coast rallies to demand a healthy, sustainable environment.United States Environmental Protection Agency is established (December 2, 1970)Born in the wake of the first Earth Day in response to public concerns about environmental pollution, the EPA was established on December 2, 1970 to consolidate in one agency a variety of federal research, monitoring, standard-setting and enforcement activities to ensure environmental protection. Since its inception, the EPA has continued to work for a cleaner, healthier environment for the American people.Clean Water Act comes into effect (October 18, 1972)The Clean Water Act (CWA), the primary federal law in the United States governing water pollution, became law on October 18, 1972. Its objective is to restore and maintain the chemical, physical, and biological integrity of the nation’s waters by preventing point and nonpoint pollution sources, providing assistance to publicly owned treatment works for the improvement of wastewater treatment, and maintaining the integrity of wetlands. It is one of the United States’ first and most influential modern environmental laws.Department of Energy Organization Act is signed (August 4, 1977)The signing of the Department of Energy Organization Act created the US Department of Energy in 1977. The Act was signed by President Carter, consolidating more than 30 separate energy functions carried out by various government agencies. The US Department of Energy was activated on October 1, 1977.World’s first solar-powered village comes online (1978)NASA build a solar-powered energy system on the Papago Indian Reservation in Arizona, which provided power for water pumping and residential electricity for 15 homes until 1983, when grid power reached the village. Superfund Program to clean up toxic waste sites is signed into law (December 3, 1980) The EPA’s Superfund program is responsible for cleaning up some of the nation’s most contaminated land and responding to environmental emergencies, oil spills and natural disasters. To protect public health and the environment, the Superfund program focuses on making a visible and lasting difference in communities, ensuring that people can live and work in healthy, vibrant places.World’s first wind farm built in New Hampshire (December 1980)Windpower installed the very first wind farm, consisting of 20 wind turbines rated at 30kw each.Solar One begins operation (1981)Solar One, the first large scale solar-thermal power plant, began operation in Daggett, California. It was designed by the Department of Energy (DOE), Southern California Edison, Los Angeles Department of Water and Power and the California Energy Commission. Solar One concentrated the sun’s energy to produce heat and run a generator. The 1,818 mirrors, or helostats, would track the sun across the sky and reflect the sun’s light to the top of a large black tower that transferred the heat to an oil heat-transfer fluid. The heated oil was then used to boil water, which in turn turned turbines and generators. Solar One produced 10MW of electricity and produced power from 1982-1986.Ben Linder brings light to the village of El Cua (May 1, 1986)On May 1, 1986, Benjamin Linder brought light to the village of El Cua in Nicaragua for the first time. Ben was an American engineer from Portland, OR who was killed by U.S.-backed contra forces in Nicaragua in 1987 while working on a small hydroelectric dam in rural northern Nicaragua. Green Empowerment was founded to continue Ben’s legacy, and he was also the inspiration for the Association of Rural Development Workers- Benjamin Linder (ATDER-BL), Green Empowerment’s very first partner.Green Empowerment is established (1997)In 1997, Green Empowerment was established in remembrance of Ben Linder and all that he stood for. Ben was an American engineer who was killed by US-supported Contras while working to bring renewable energy to rural villages in Nicaragua.Green Empowerment installs first solar water pumping system (2004)In 2004 Green Empowerment installed our first solar water pumping system, providing water to 240 residents in the village of Candelarias in Nicaragua. This project laid the foundation for GE’s ongoing integrated WASH programs in Central Nicaragua, which have now provided clean water to more than seven communities.IPCC Report concludes climate change is happening and is most likely caused by human activities (November 17, 2007)The Intergovernmental Panel on Climate Change released its “Climate Change 2007: Synthesis Report,” confirming the ongoing occurrence of climate change and its direct connection to human activities.National Biofuel Action Plan unveiled (October 7, 2008)The national biofuels action plan, an interagency plan (headed by Department of Agriculture Secretary Ed Schafer and Department of Energy Secretary Samuel W. Bodman) was released on October 7th, 2008, with plans detailing the collaborative efforts of federal agencies to accelerate the development of a sustainable biofuels industry.American Recovery and Reinvestment Act of 2009 is passed (February 17, 2009)Section H.R. 1-24 of the Act allocated $16.8 billion to the Department of Energy for energy efficiency and renewable energy programs, as well as $4.5 billion for modernizing the electrical grid and $6 billion allocated to loan guarantees for renewable energy and energy transmission, carbon capture and storage technology, and other green house gas reduction technologies.Green Empowerment celebrates 20 years (2017)In celebration of 20 successful and impactful years, Green Empowerment is preparing for the next 20 years of continuing the fight for an equitable and sustainable world where everyone has clean water, renewable energy and a healthy environment in which to grow and thrive.