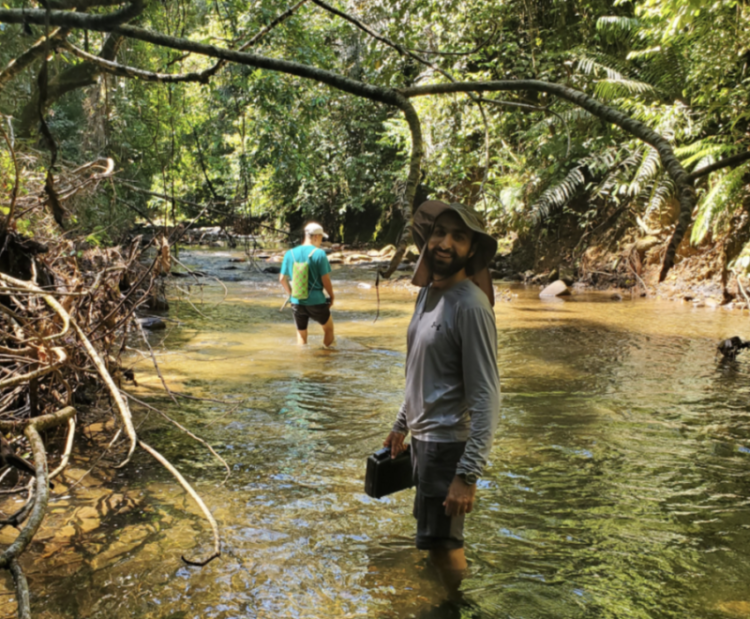 In January of this year I traveled to Malaysian Borneo to learn about development and capacity building in Malaysian Borneo. During my month-long visit in Sabah and Sarawak and Indonesia, I had a chance to visit some of the most remote communities deep in the beautiful Borneo’s tropical forests. To access some communities, we needed to take an off-road truck seven hours to reach them, and in other communities transportation consisted of two to three hours on a boat in a post-rain storming river.

However, contrary to expectations, I saw numerous technologies such as scooters, cell phones, and diesel generators that have been adopted and integrated in the lifestyle of the community members and greatly improve their livelihoods. And yet, despite the presence of such technologies, the lack of a systematic development effort has posed serious challenges for these communities such as a lack of access to safe drinking water.

In this article, I want to address some common misconceptions about safe drinking water.

Some folks may be wondering: Why do these communities suddenly need a water purification system when they have been drinking from the same water resources for hundreds of years? Wouldn’t the human body develop some resistance if it had been exposed to pollutants in the water for generations?

Our bodies are not resistant to all water contaminants

While it is true that the human body is likely to develop some resistance or even benefit from certain chemical contaminants in water, that is only up to a certain level of exposure. For example, being exposed to some dosage of fluoride is good for prevention of dental cavities, but when it exceeds a certain threshold, fluoride becomes a toxic cancer-causing chemical with adverse effects on skeletal tissues. Or, in the case of Arsenic – a chemical with high health risk – it is the long-term exposure that causes serious health effects, not acute exposure. The human body cannot adjust itself to every contaminant or every level of exposure.

Pollution and water contamination is on the rise

The rapid changes of this century have exposed everyone to new sources of contamination. For example, excessive logging in the forests of Borneo is damaging many watersheds – causing water to run faster after rain and flow deeper into new sources of contamination. The oxygen levels in the water increase due to turbulence. High oxygen levels in the water mean more organic activities in the water such as blue-green algae, which is a health concern in drinking water. Such expanded human activities particularly in biologically diverse regions like Borneo are exposing every community to unknown viruses and pathogens and provide a platform facilitating evolution of viruses with potentials to become pandemics, just like what we are observing across the globe right now. In addition, the use of pesticides for agricultural practices is on the rise with the increase in palm oil harvesting that could leach into water sources and expose humans to health-risk levels of nitrates.

I tested the drinking water in a few communities for microbial and chemical contaminations and found that in all cases the tap water from gravity-fed water distribution systems was microbially contaminated with E.coli. I also tested for Arsenic and other chemicals but my tests showed that the water was not contaminated with those chemicals at a concerning level. I believe one of the main factors that their waters were not chemically contaminated was due to the work of PACOS Trust, a NGO based in Sabah that provides community training and advocacy for watershed protection projects in the region. All but one community I visited had an established regulation for protecting their watershed to avoid herd grazing, or tree cutting, or agricultural activities on the watershed area.

The consequences of contaminated water are severe

Although there were no chemical contaminants in the water, the microbial contamination is concerning enough to justify efforts for water treatment. First, E.coli itself is among the leading causes of death for children under five according to WHO. Second, E.coli is an indicator that suggests other microbial contaminants are likely to exist, therefore the health risks are beyond E.coli and there is a chance that the water-distribution system could spread widespread diseases and outbreaks in the communities. Being so remote, such outbreaks could devastate these communities since there is such a logistically challenging distance to go in order to seek treatment or inform authorities.

No, you can’t just boil the water

Boiling water is not going to solve the problem of contamination. First, some pathogens only need to touch the skin to lead to a disease. Second, and more common, cross contamination of containers is a common issue that I observed and tested  in one community. One container that had boiled water for drinking was coliform-positive, suggesting that it had been touched by contaminated hands, or another contaminated container, or has been rinsed with contaminated water prior to being used for holding boiled drinking water.

This is a global issue with local solutions

This situation is not unique to communities in Borneo. All over the world such conditions exist and there are multiple methods to address this issue. One well-practiced approach that I recommended for these communities is slow-sand filtration, which I observed in some civil projects. An abundance of rivers in the region provides a local source for sand and therefore could be readily supplied. Currently, I am working with Green Empowerment and PACOS Trust to select a pilot community for implementing a slow-sand filtration system with measurements to provide evidence for future works. If successful, we will further investigate the possibility of adding chlorination unit to disinfect the treated water to ensure water quality for human consumption.

Posted in Blog, Malaysian Borneo, News From The Field